Large international fleet head for Antigua – starts in 3 weeks!
Eighty yachts from 15 countries will be taking part in the 10th anniversary edition of the RORC Caribbean 600, starting and finishing in Antigua in three weeks time on Monday 19th February.

Superyachts, maxis, multihulls and a vast array of racing and cruising yachts will be taking on the beautiful, yet challenging 600 nautical mile race around 11 Caribbean islands. The RORC Caribbean 600 boasts some of the fastest racing yachts in the world and the international fleet will be battling for class honours and the overall prize, the RORC Caribbean 600 Trophy.

Fans of the race will be able to follow the via the race tracker and also join in themselves in the Virtual Regatta. News will be on social media and the race website in the build up, during and post race. (See below, how to follow the race).

The start takes place off Fort Charlotte and spectators will witness boats from around the world as they gather on the start line ready for their 600 nautical mile non-stop race. Spectators can get a great view from Fort Charlotte or from Shirley Heights. There’s also a chance to catch a glimpse of the boats leaving Falmouth Harbour or from English Harbour and Galleon Beach as they make their way to the start line. 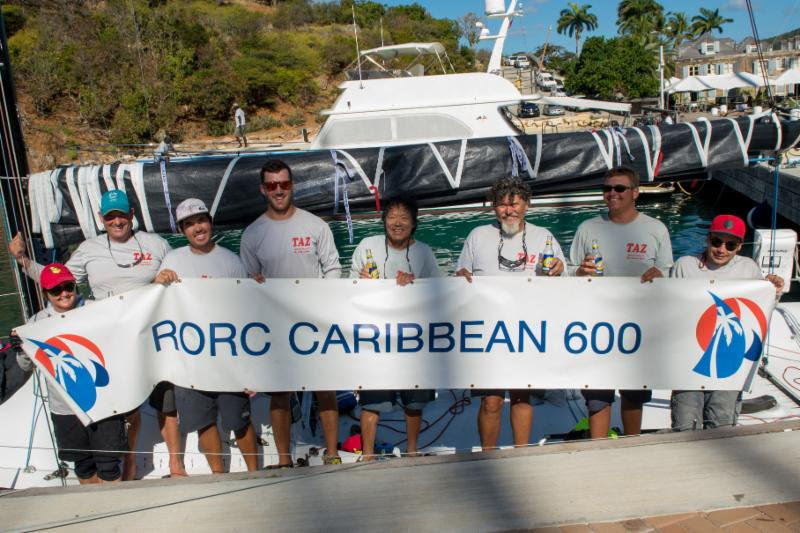 Taz, a Reichel Pugh 37 is owned by Antiguan dentist Bernie Evan-Wong, an avid racer who began sailing Snipe dinghies in Guyana when he was 5 years old. He has supported all of the Caribbean circuit regattas for the last 15 years and this will also be his 10th RORC Caribbean 600. He has achieved two class wins in two different boats and four podium results out of 9 RORC 600 events.

“The race brings different and varied conditions every year; no two races have ever been the same. Also, the RORC and AYC do a better job of improving the race support and the competition gets tougher each year too. The wind shadows, especially Guadeloupe, then the last beat up to Antigua from Redonda are the most difficult parts of the race as the crew are tired by then and the beat can be very challenging,” says Evan-Wong who is hoping for lots of high speed spinnaker runs! 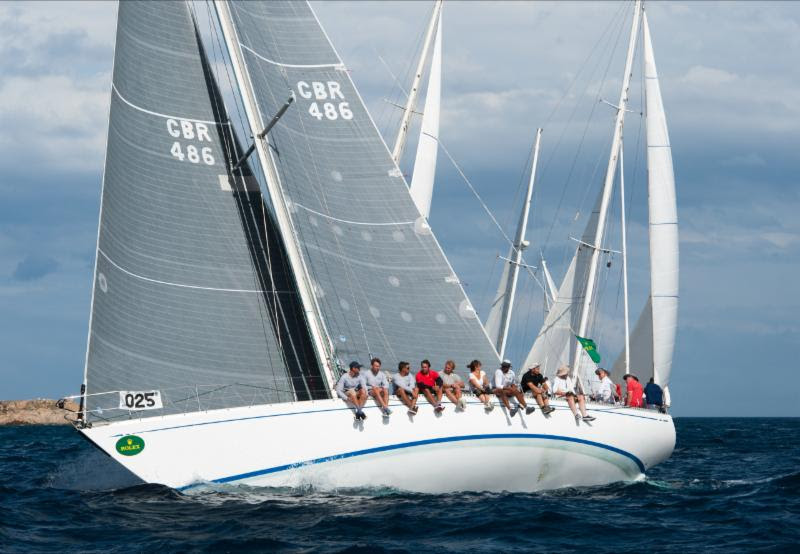 Jonty and Vicki Layfield’s Swan 48, Sleeper X is a true classic and one of the oldest yachts in the race © James Robinson Taylor

Jonty and Vicki Layfield’s Swan 48, Sleeper X will be one of the oldest yachts competing and is a true classic. Several young talented Antiguan sailors will also be on board:

“We have had a number of Swans, but this one is special,” commented Jonty Layfield. “Despite her age Sleeper is in really good condition and we love to cruise as well as race. Winning class last year was fantastic and we would love to repeat that. We were also ninth overall and it would be amazing if any of the smaller yachts could break into the top five this year. The core Sleeper crew has been racing together for over 20 years and we also have talented young Antiguan sailors on board, which is a great mix and it is really rewarding to help young talent develop.” 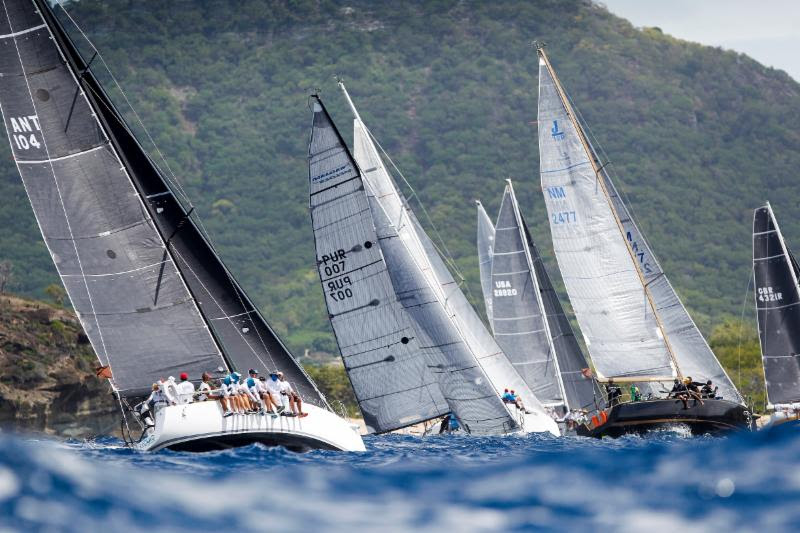 Pamala Baldwin’s Antiguan Liquid (left) is one of three J/122s in the race © Paul Wyeth/pwpictures.com

Pamala Baldwin’s Antiguan Liquid is one of three J/122s in the fleet
“It’s exciting, exhilarating, exhausting and filled with the spirit of adventure. We are brave-hearts with a mission – to dig deep and give it our best. We learn to expect the unexpected. We bond and make lifelong friends and cherish priceless memories,” says Pamala Baldwin, owner of J/122 Liquid. 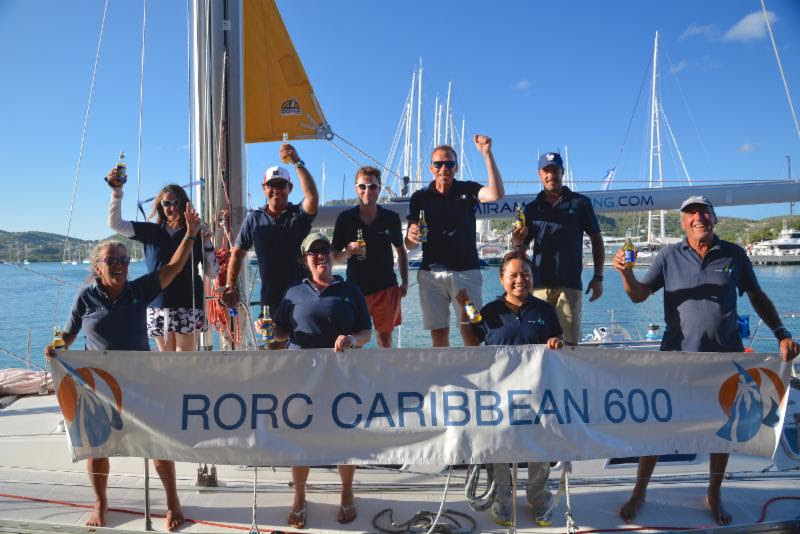 Skippered by Pippa Turton, Miramar Sailing’s Grand Soleil 46.3 Phoenix will have an all-female crew of nine on board for this year’s race © Mags Hudgell

All-female team – Phoenix, Pippa Turton (Jolly Harbour)
One of two all-female teams in the race this year. Miramar Sailing’s Jeanneau Sun Odyssey 44. Phoenix took part in the 2017 race but since then they have launched a website called GirlsGoSailing.com which aims to promote and empower women in sailing to improve their confidence and skills. Skipper, Pippa Turton was one of five sailors nominated for Sailor of the Year 2017 by the UK magazine Sailing Today. She will be looking forward to completing the race this year after having to retire from the last race after a local weather depression caused them to fall so far behind that there was no chance of getting round the course.

“This is a local event for us and we feel one of the best RORC races out there. Our expectations are higher than in 2017 as we have a more powerful yacht. We would hope not to get the terrible local weather conditions that forced our retirement in 2017. With our all-female team we aim to be competitive and have a lot of fun in the process. The route around 11 of the Leeward Islands with wind conditions from all directions makes this a sailing challenge that has to be taken up.”

Antigua-based OnDeck’s Farr 65, Spirit of Juno will be once again be skippered Paul Jackson who has raced around the world twice and has skippered OnDeck’s Farr 65s in the race four times before. His crew will be made up of individual charterers from around the world with a unique blend of age and experience. Jackson has twice won the Sydney to Hobart Yacht Race, the Lord Howe Island Race and Three Peaks Yacht Race in 2017.

The 2018 RORC Caribbean 600 starts from Antigua on Monday 19th February. Further details are on the race minisite: http://caribbean600.rorc.org/

All of the competing yachts will be fitted with YB Trackers so anyone can follow a particular boat or the whole fleet.

FLEET TRACKER:
All yachts will be fitted with a race tracker for the duration of the race and their progress can be followed at: http://caribbean600.rorc.org/Race-Information/Tracking/

High res images for press are available on request from: trish@j2pr.co.uk

RORC Caribbean 600 – Back in action

You can find out more about which cookies we are using or switch them off in settings.