20 knots of trades powered up the action on Reggae in the Park Race Day at Antigua Sailing Week. Over a thousand people from 21 nations enjoyed the spectacular conditions on the south coast of Antigua. Two races were held for most classes – the CSA Racing Classes were launched today with a full on foam-up on the Windward Course. The Bareboat Classes and Club Class raced short, sharp, windward-leeward courses off Rendezvous Bay.

In three Bareboat Classes, 26 teams from Australia, Austria, France, Germany, Great Britain, Switzerland and the USA are competing at Antigua Sailing Week. Competition at the top is intense. After five races, Alexander Pfeiffer’s KH+P Bavastro is leading Bareboat 1 by a single point: “I have been coming to Antigua Sailing Week since 1992,” commented Alexander Pfeiffer. “I can only remember one race which had to be postponed due to lack of wind in all those years. The sailing conditions are so reliable here and the people are so friendly. We also race against people that we do not know, which is very interesting. Even my team has been put together just for the regatta. We will be enjoying Reggae in the Park tonight for sure because we are moored right next to the stage!” 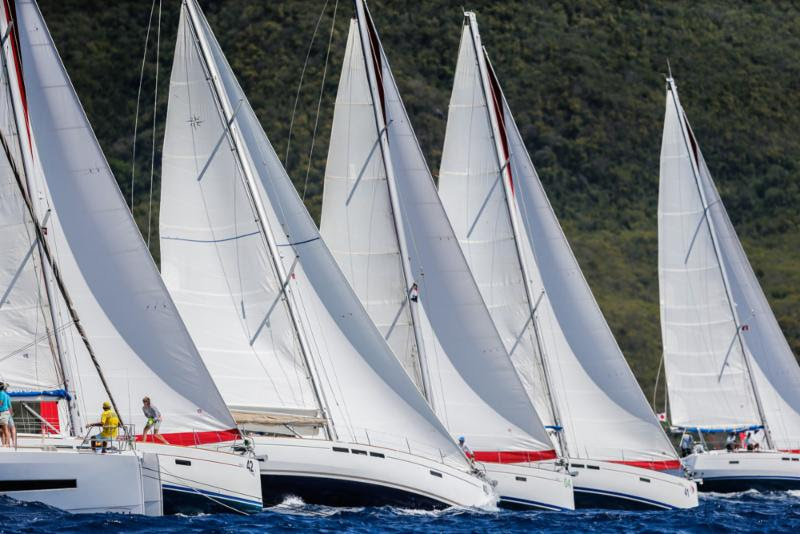 In Bareboat 3, Hans Steidle’s KH+P Barbuda is leading the class, with Michael Cannon and Neil Harvey’s KHS&S Contractors from Florida, who have been the overall bareboat champions for the last two years, in second place. However, with a discard kicking in for the next race, there is virtually nothing between the two teams.

Hans Steidle has a young team who have sailed together on Lake Constance for many years: “We have grown up together racing Optimists, 420s, and now J/70s,” commented Matthias Steidle. “We are all in our 20s, but the youngest is Luitpold Lindner. This is our first time to Antigua and we are really loving the fantastic sailing conditions and the fun ashore. We will definitely be going to Reggae in the Park and tomorrow, we will take the opportunity to see more of Antigua with an island tour.” 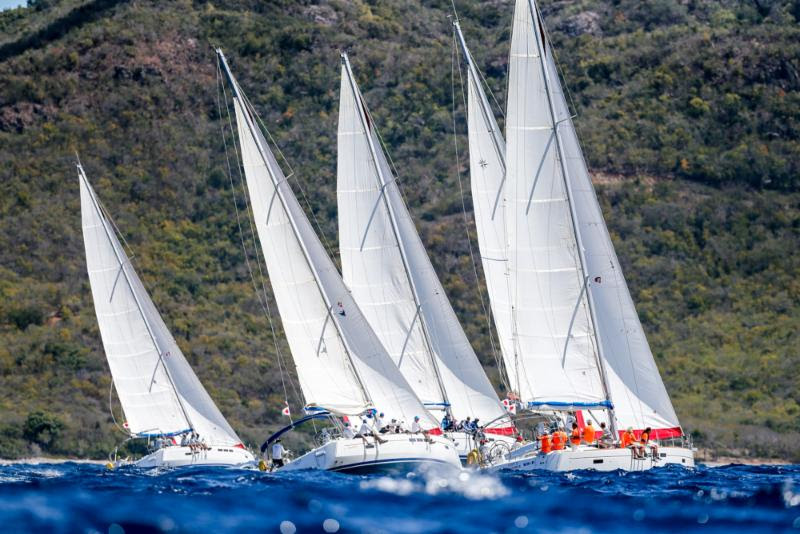 In Bareboat 2, Peter Zauner’s Tintoret leads the class. The Bavarian team was runner-up last year and will be hoping for victory in the 52nd edition of Antigua Sailing Week. Tintoret is having a great battle with Jakob Oetiker’s Swiss team racing KH+P Botero and Nicholas Jordan’s Ananda.

Today it was the turn of the Double-Handed Class for some bay watching. Their courses included a downwind slide round to the west coast of Antigua and a blustery beat back to the finish. Philip Asche’s American Swan 44 Freebird won the race.

The Multihulls had a spectacular course southeast of Antigua, including a long beat east along the rugged coastline, followed by a succession of blast reaches in full offshore conditions. Robert Szustkowski’s HH66 R-SIX won the race. 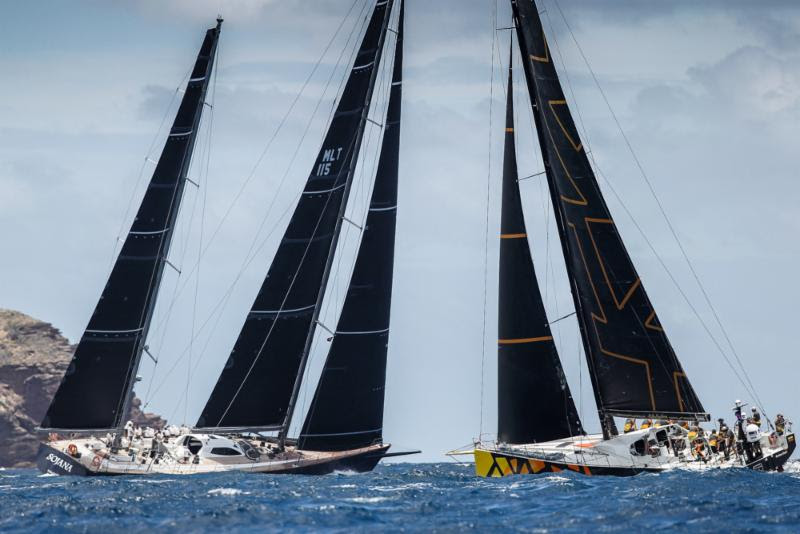 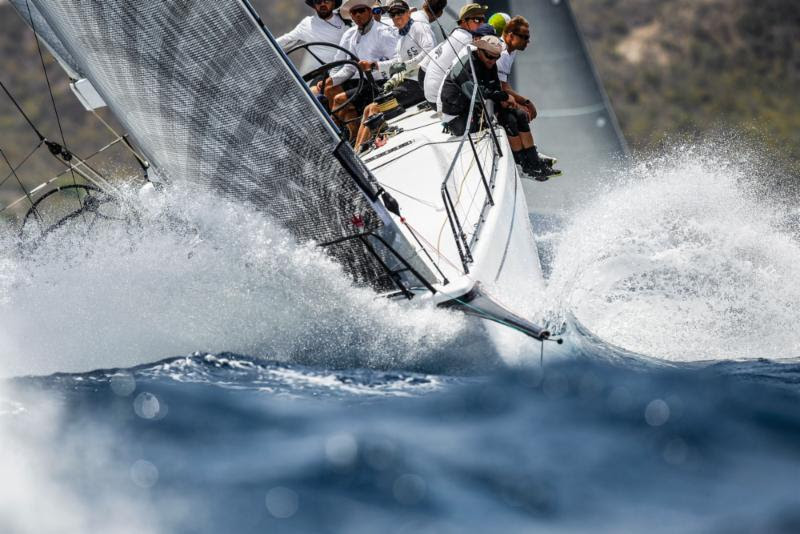 In CSA 4, Ross Applebey’s British Oyster 48 Scarlet Oyster won the first race of the day. The intensity of racing in the class was exemplified by a tie for first place, after time correction, between Performance Yacht Racing’s British First 47.7 EH01 and Pamala Baldwin’s Antiguan J/122 Liquid, skippered by Jules White. After five races, Scarlet Oyster leads the class with Liquid second, and EH01 third. However with the discard kicking in for the next race, the battle for the lead is incredibly close. 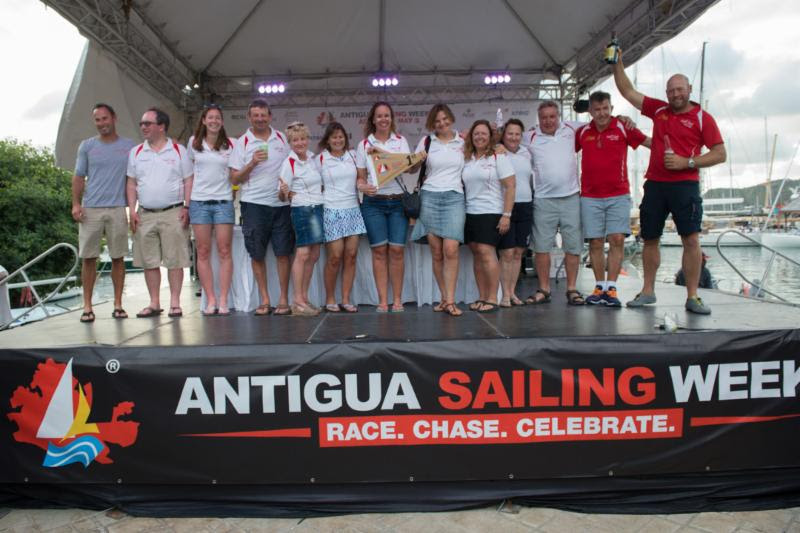 In CSA 6, Raymond Magras and Patrick Bernier’s St.Barths’ Dufour 34 Speedy Nemo scored their first win of the regatta. However, Jules Mitchell’s Antiguan 1720 NSA Spirit won the last race to retain their three point lead at the top of the class. Maëlia CEPAC Antilles remains in third. 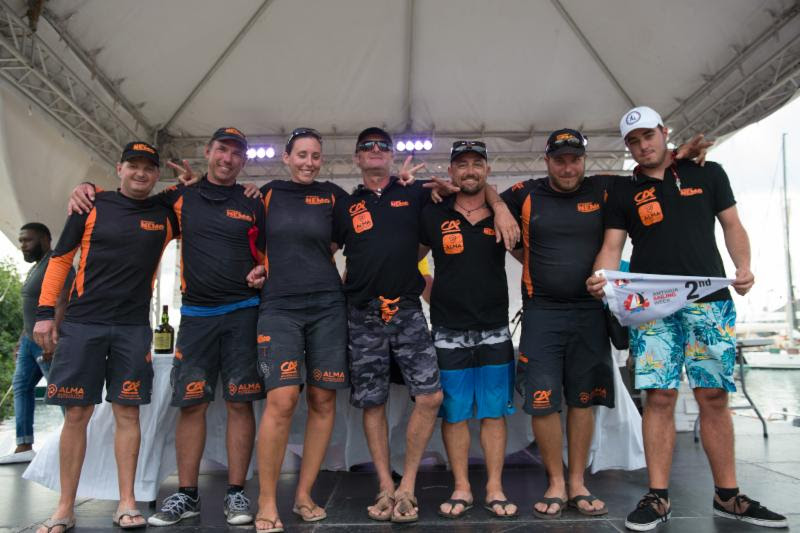 First win of the regatta for Speedy Nemo © Ted Martin

After a memorable day racing at Antigua Sailing Week, sailors will join thousands of revellers for the big party night. The UNESCO World Heritage Site, Nelson’s Dockyard has been transformed into a mind-blowing open air concert theatre. Reggae in the Park is a big-time celebration for the 10th edition of the legendary concert. Nelson’s Dockyard will be alive with headline artist Christopher Martin, performing alongside Junior Kelly. After the big night, what better way to recover than Lay Day at Pigeon Beach tomorrow Wednesday 1st May. 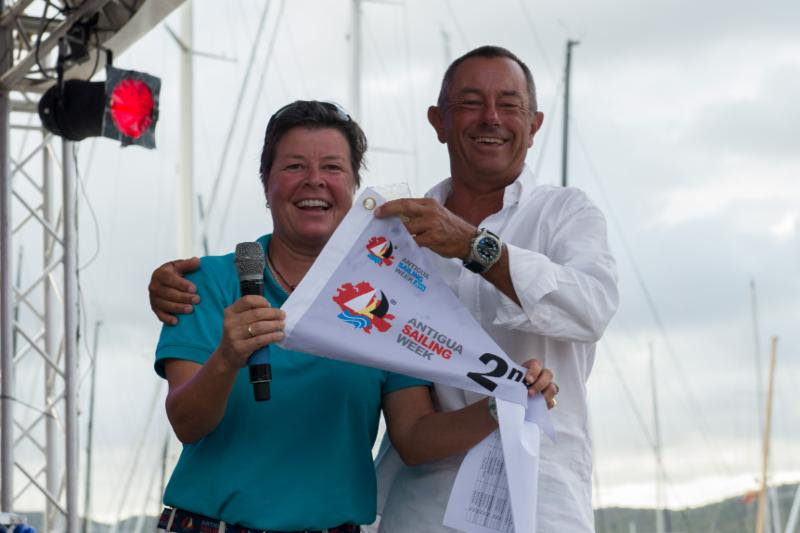 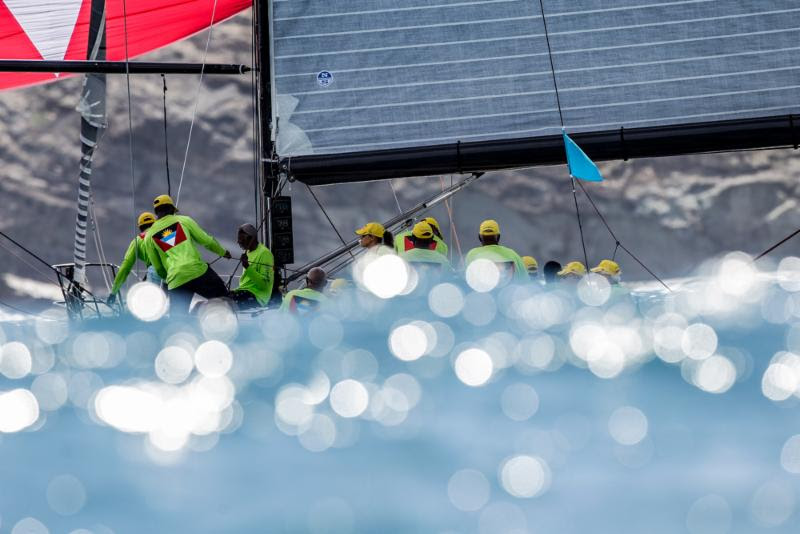