The 2019 fleet is in, representing thirteen nations with oceans of blue water between them. Every boat making its way to the contest has a story, some of which we’ve yet to hear.

The stunning Herreshoff ketch, Arrluuk, has been sailing her family of four around the Caribbean for the past 14 months. 49’ Spirit of Tradition sloop, Blackfish traveled from the US on the deck of a ship. 70’ converted fishing ketchVendia limped in from Grenada with a broken gaff, currently being repaired, and 115’ staysail schooner Eros culminates a charter season at this action packed week. 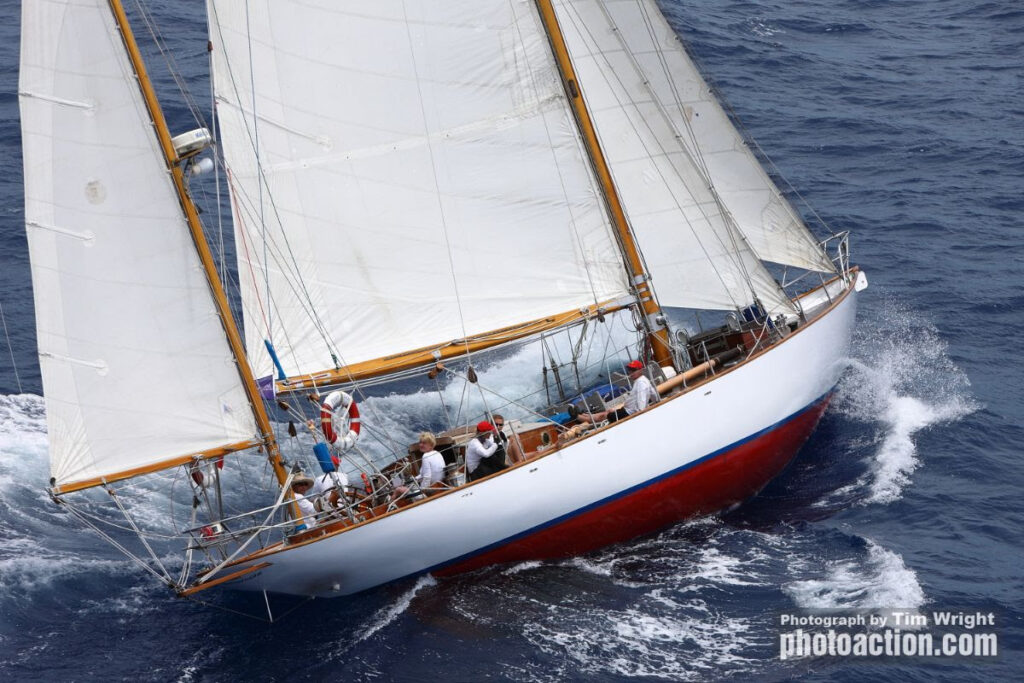 72’ Fife ketch Eilean returns to her former home after cruising Jamaica, Cancun and Cuba. Upon completion of a stunning refit at the Fife yard in Italy, she stole the ACYR show in 2012 with infamous guests Duran Duran aboard. 59’ Henry Gruber yawl Peter von Seestermuehe, a biennial contender since 1995, crossed the pond from Germany for a trade wind winter. Captain Christoph Von Reibnitz said, “It feels a bit like home here,” and he’s right.

Docks, filled with varnished spars, gaff rigs, and traditional pride, hold a village of excited crew. Island-built sloops on Carriacou corner are a garden in full bloom. A family of schooners nestle nearby and dozens of sloops fill the spaces between. 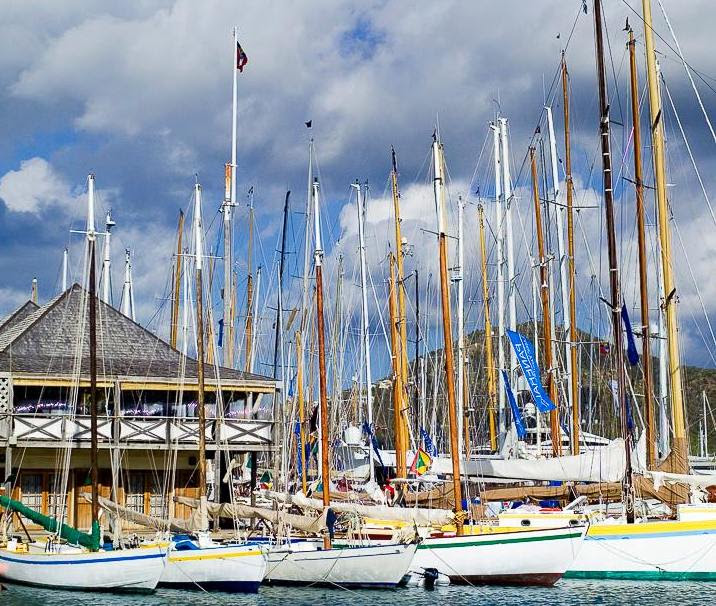 The Antigua Yacht Club is dressed for this evening’s welcome from Classic Committee Chairman Carlo Falcone. Island dignitaries will join in thanking all who journeyed to the 32nd Classics. Mount Gay and Carib are set to dispense spirits, a Hog Roast is on the menu, Sticks and Fingers steel band and SSE reggae stars will fire up the crowd. What happens next is anyone’s guess.

Coverage of the Antigua Classic Yacht Regatta sails world-wide because of dozens of talented photographers and writers. Their generosity provides riveting images and words for armchair sailors everywhere. From anchorages throughout the Caribbean, cruising sailors laid a course for the Classics. They form a large contingent of volunteers serving as dinghy wranglers, problem solvers and ambassadors to the international fleet – all for a t-shirt and a boat load of fun. 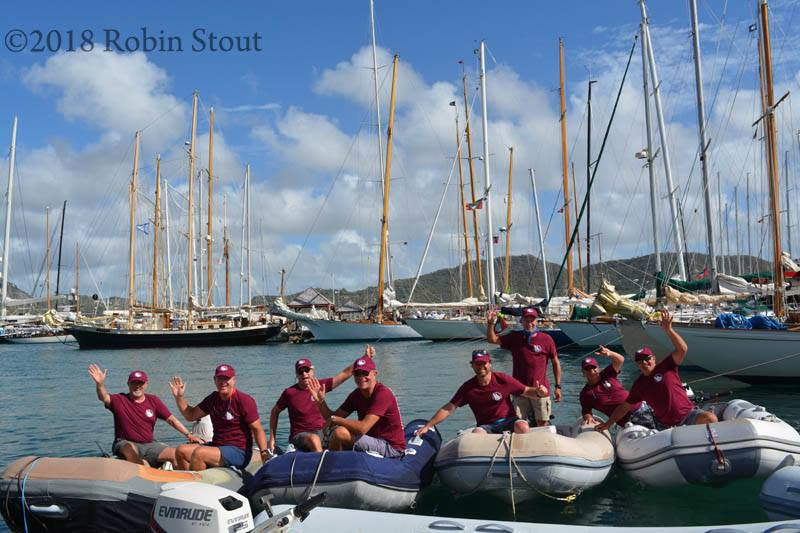 From the charming island of Elba, Italy, sponsorship from LOCMAN completes a circle of history that began when Admiral Nelson chased Napoleon to Trafalgar where he was defeated in 1805. Subsequently, he was exiled to Elba where our grand prizes are designed and crafted by hand.

Three cheers to sponsors Sailing-Classics who bring their Klaus Röder 157’ Staysail ketches Chronos and Rhea; and to the esteemed talent of Lyman-Morse in Camden Maine.

Thursday begins with the judging of the Concours d’ Elégance followed by the Single-Handed Race. Prize Giving ceremonies for both contests are celebrated with the Dark and Stormy giveaway. For those with musical talent, a sense of humour, or a locker full of theatre costumes, don’t miss the Sea Shanty Contest and the chance for singing stardom.