The 32nd edition of Antigua Classic Yacht Regatta, sponsored by LOCMAN, is underway! The magnificent fleet enjoyed lavish trade wind racing along the beautiful south coast of Antigua. A Common Course of 21nm, and a Long Course of 31nm, provided thrilling racing at every point of sail. The classics produced an astonishing display in a solid easterly breeze, topping out at close to 20 knots on the Old Road Course.

Athos posted the shortest elapsed time for the entire fleet of 2 hours 13 minutes and 43 seconds, and took the win in the Tall Ships Class, after time correction. The powerful Klaus Röder 157′ ketch Chronos, got the best start in the class, and won the battle with her sister-ship of the same design, Rhea by just under 16 minutes.

With an overall length of 203’, Athos is the world’s largest privately-owned two-masted schooner. From the drawing board of Hoek Design Naval Architects and built by Holland Jachtbouw, Athos has a displacement of 348 tons and can hoist nearly 33,000 sq ft of downwind sail area from its rig, which towers over 200’ above her teak decks. 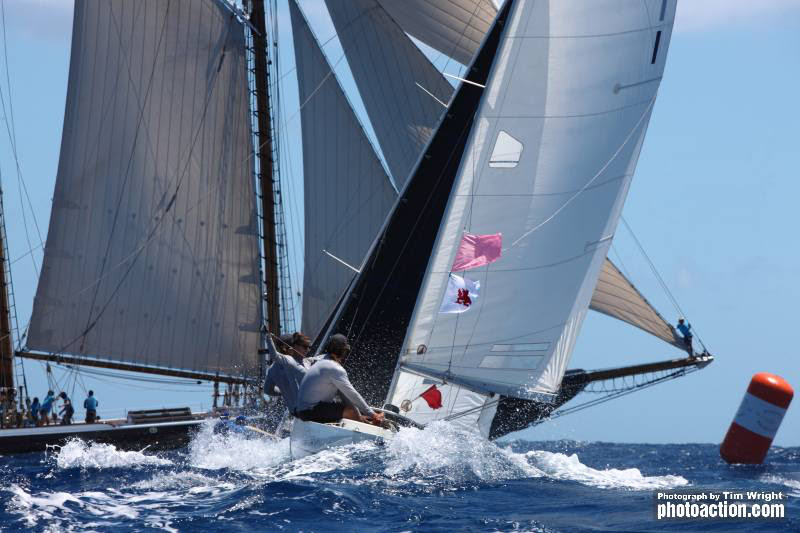 In the Dragon Class, a highly competitive start resulted in several teams receiving time penalties for being OCS. The Dragon’s course was the Common Course, putting the fleet into full ocean conditions. Today’s winner was Freddie Mills’ team representing the St.Thomas Yacht Club USVI, with an international crew. Freddie is originally from Lake Placid, USA, his partner Kathryn Thomson on the bow is Scottish, and Nikolai Töllborg is from Sweden.

“I have never raced anything like a Dragon before, and to go effectively offshore like that was a lot of fun,” commented Freddie Mills. “It was awesome sailing, on the reach Nicolai spent a lot of time pumping out the boat! We were scooting along doubling our speed as we came down the waves – it was a blast!” 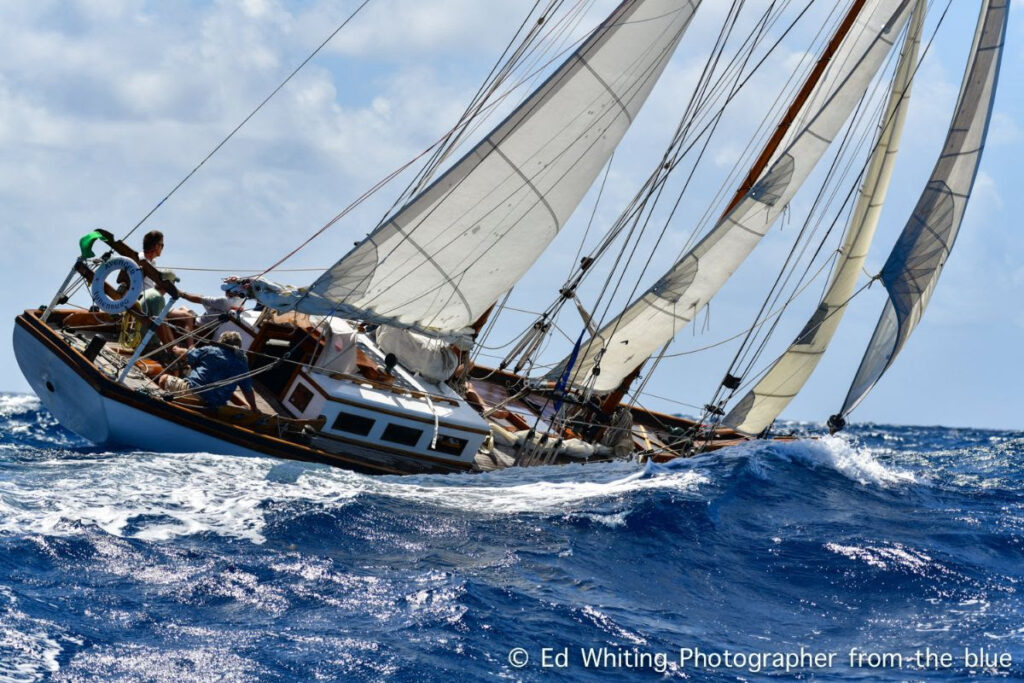 Racing in the Classics Schooner Class, Columbia is back for her fourth Antigua Classics, and what a sight to behold, as she won her class today. Tom Gallant’s 47′ schooner Avenger is dwarfed by Columbia, but took a very credible second for the race. Avenger has been Tom Gallant’s home since 1979 and for over 120,000 miles of ocean sailing. Jimmy the cat is very much part of Avenger’s permanent crew! 88′ schooner Ocean Star, skippered by Travis Yates, returning to classics after her last appearance in 1999, was third.

Launched in 2014, Columbia is a replica of the 1923 William Starling Burgess fishing and racing schooner of the same name. The 141′ schooner is built in steel, unlike the wooden original, but still has her exact graceful lines. Eastern Shipbuilding Group’s founder and president, Brian D’Isernia owns the impressive classic. Columbia is skippered by Seth Salzmann, who was on the helm for the duration of the race, in charge of the 32 souls on board.

“She’s slow to pick up her speed if you lose it, and if you chicken out and luff up, it’s gonna take you some time to recover,” commented Seth about driving the impressive 245 ton schooner, which hit a top speed today of 14.9 knots. “You need the combination of feathering the sails, dumping a little bit and then trimming back up, without moving the helm too much. Also it takes a trained crew to be on it in the manoeuvres, thinking forward, adding or subtracting sail when the wind changes.” 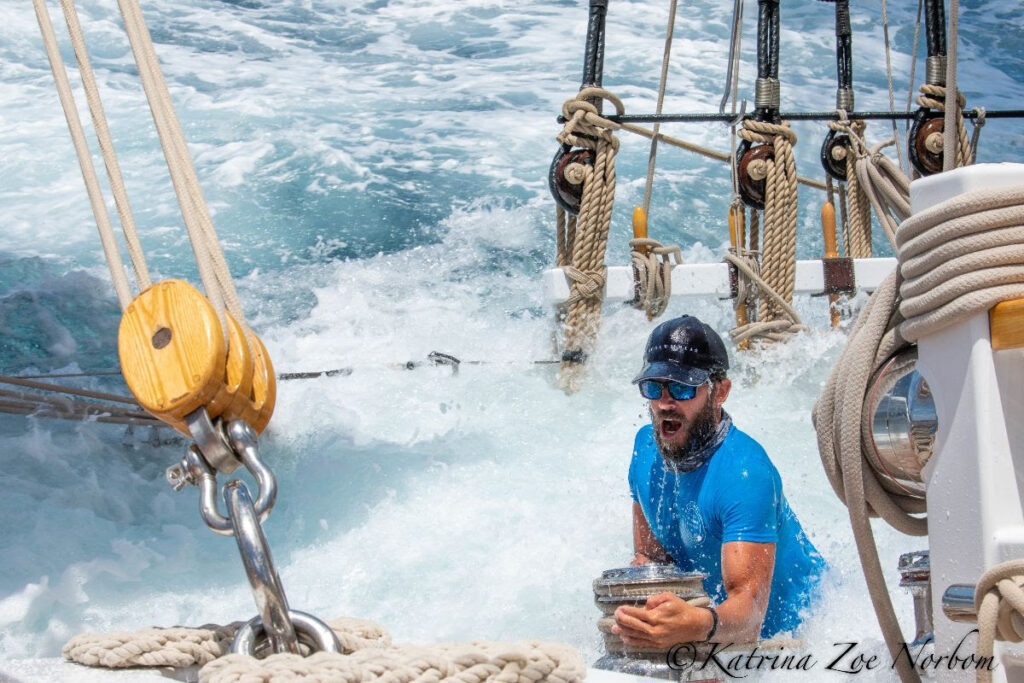 “Sleeper is comfortable upwind but on a reach it is a real work out. There is so much weather helm, I thought my arms would be pulled out of their sockets!” commented Vicki Layfield. “I have to say that it was incredible to race amongst such an amazing collection of boats. I recall one mark rounding with three huge schooners to weather of us, and the Carriacou sloops were so fast on the reach, it was very difficult to catch them up. The crew enjoyed a cold drink on the way around, and it was so nice to race with no pressure – it was just sublime.”

After the first day of racing at Antigua Classic Yacht Regatta, a good old fashioned Dock Party was held at the Antigua Yacht Club Marina, with a DJ spinning the tunes afterwards on the clubhouse lawn. Racing at ‘Classics continues tomorrow, 20 April, with the Butterfly Course.