With just three months to go before the 52nd edition of Antigua Sailing Week there is a fantastic line up of yachts entered. Well over one thousand sailors will participate, many flying in from all over the world. Thousands more will attend the shoreside parties including Reggae in the Park and the Lay Day Beach Party.

Among the armada of big boats are two Supermaxis; Sir Peter Harrison (GBR) is back with his Farr 115 Sojana, which is the largest entry so far. Sojana is a big part of the history of Antigua Sailing Week, winning class many times and Harrison has lifted the Lord Nelson Trophy on two occasions, including last year when Sojana revelled in the big breeze.

For the first time at Antigua Sailing Week, the Dovell 100 SHK Scallywag will be competing. Sailing Master and Volvo Ocean Race skipper David Witt (AUS) will be the man in charge of a professional crew flying the burgee of the Royal Hong Kong Yacht Club. 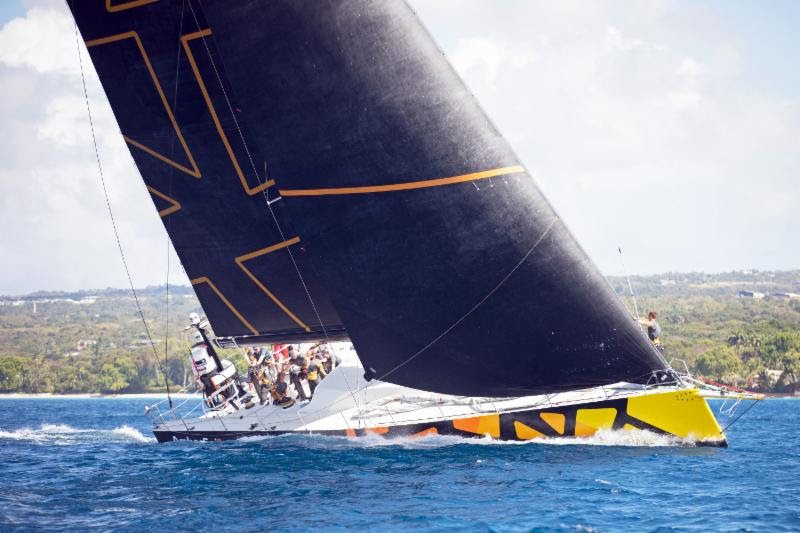 From Lithuania, Simonas Steponavicius’ new VO65 Ambersail 2 will ensure the competition are kept on their toes at the 52nd Antigua Sailing Week – © Peter Marshall

Returning with a new boat is the Lithuanian team racing on Ambersail2. The VO65 has been the weapon of choice for the last two editions of the Volvo Ocean Race, but this is the first time that the world record-breaking design has been to Antigua Sailing Week. The Volvo 70 Ocean Breeze has also entered the regatta and should enjoy a great battle with Ambersail2.

“Antigua Sailing Week is the best inshore regatta in the world,” commented Simonas Steponavicius (LTU), who will be competing for the seventh time. “The regatta is extremely well organised, both on the race course and on shore. It is -5ºC in Lithuania right now and when I think of the beautiful weather and fantastic sailing conditions, I cannot wait to get to Antigua! Racing on a variety of courses keeps the tactical options open, and especially this year with so many big boats the competition will be as good as ever. The team would love to race in the next Round the World Race, but we have a lot to accomplish if that is to happen. Antigua Sailing Week is at the beginning of that long road.” 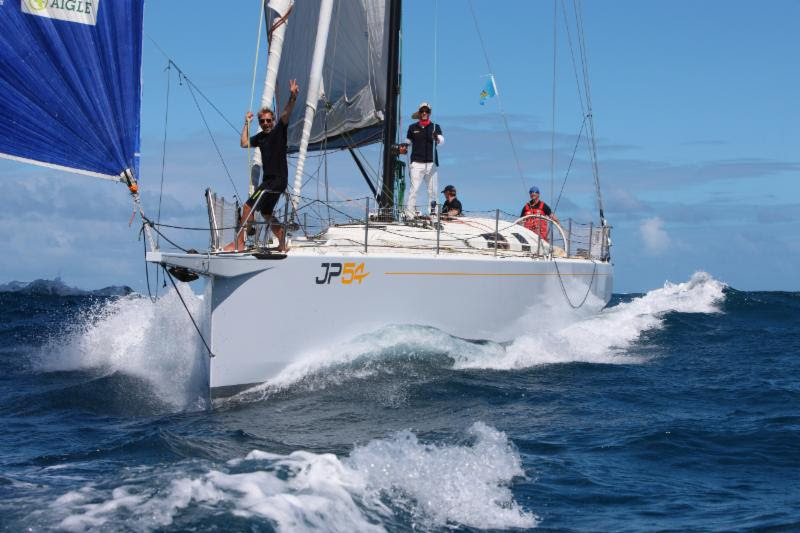 French sailing legend, Jean-Pierre ‘JP’ Dick surfed over the Atlantic with the ARC at the end of last year in just over 11 days in his JP54 The Kid © Tim Wright/photoaction.com

Jean-Pierre Dick (FRA) is a legend of ocean racing with multiple wins in both the Barcelona World Race and Transat Jacques Vabre. The Frenchman has competed in four editions of the Vendee Globe, including fourth in 2013 having sailed 2,643 miles without a keel! Jean-Pierre will skipper his JP54 The Kid for Antigua Sailing Week, which took line honours in the 2018 ARC.

Jeremy Thorp’s (GBR) GP42 Phan has been turbo-charged since making its debut last year and will be flying the burgee of the Royal Yacht Squadron: “Phan has had some upgrades through the winter; she now has a 3-metre keel, new rudder, a spinnaker takedown system and new front hatch, are just a few. We are hoping that she will be even more competitive in the Caribbean circuit this year,” commented Thorp. 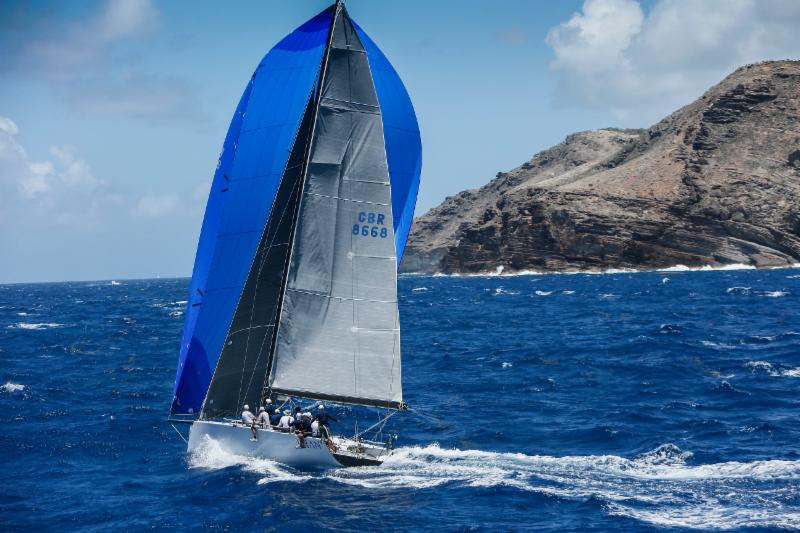 “If you asked any sailor in the UK to name a Caribbean regatta they would probably say ‘Antigua Sailing Week’. It’s the most well-known for good reason, as it’s been around the longest and the conditions give sailors from Europe good breeze and proper waves, which they don’t see at inshore regattas back home. Lady Mariposa’s owner will be racing with some pros, but also friends and business associates and shoreside I am certain they will enjoy the atmosphere.” 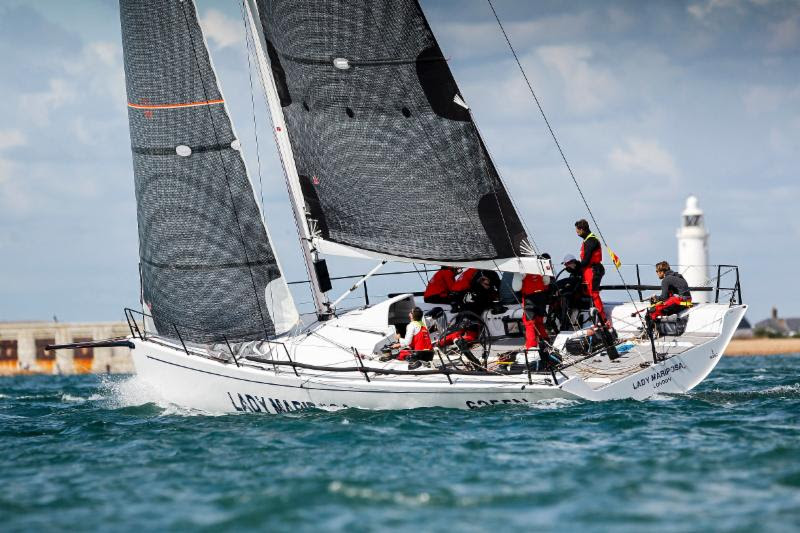 Two of Antigua Sailing Week’s most accomplished skippers will be racing in boats under 40ft. Bernie Evan-Wong (ANT) will be racing his RP37 Taz. Last year Taz came within one point of a class win, but gear failure put them runner-up. Sir Richard Matthews (GBR) is back racing his newly acquired Stephen Thomas ST37 racer/cruiser Holding Pattern.

Farr 65 Spirit of Juno, OnDeck’s Antiguan flagship charter boat will be defending their class win and resuming their rivalry with Oyster 82, Starry Night of the Caribbean. A new yacht to Antigua Sailing Week is the Russian owned Shipman 80 Ivanka, skippered by Scott Waterfield from Waiheke Island, (NZ). 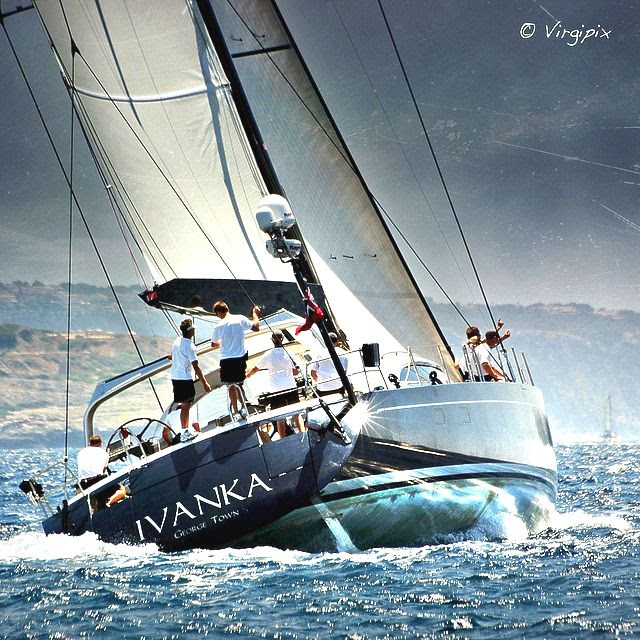 Crew from many different countries will be racing on the Russian-owned Shipman 80 Ivanka, skippered by Scott Waterfield from New Zealand © Virgipix

“Ivanka has raced in the Med’ in previous years but we have experienced regattas that have little wind and that does not suit Ivanka,” commented Waterfield. “We have cruised in the Caribbean in the past, but one of the big attractions of racing there is consistent breeze. We have a huge mixture of nationalities on the boat; Russian, Kiwis, Ozzies, American and Irish. We also have a mixed crew with women sailors taking on equal roles to the men on board. The crew has come together through friends of friends, so we will have to work on the team dynamics. The most important things are to sail well as a crew, be as competitive as possible, and to have a good time when we get ashore.”

See the full list of entries to date and enter your own boat in the 52nd Antigua Sailing Week at: www.sailingweek.com